‘I see into the far future, and I read the doom of the race of my oppressor. The long-descended line of Seaforth will, ere many generations have passed, end in extinction and sorrow. I see a chief, the last of his house … his broad lands shall pass away to the stranger, and … his race shall come to an end.’

The pessimistic stance behind Seaforth’s Doom, the celebrated Highland legend regarding the demise of the once powerful Mackenzie Clan, illustrates the image of a benighted region whose clan chief and his family are doomed to fall victim to an inevitable curse, this being a blatant metaphor for historical progress. And this has not only been the prevalent perception of the Mackenzies’ story but is one that continues to be shared by most popular histories of the Scottish Highlands as a whole. The Highlanders’ tale had been one of tragic but noble failure in their struggle against changes imposed from the south. From being seen as perpetually backing the wrong side and losing the fight against progress, their story has been dismissed as irrelevant by most serious historians, who have been happy to allow the romantic novelists and screenwriters to make it their property. This history challenges that perception fundamentally. 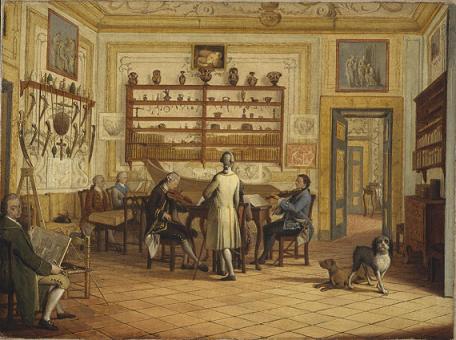 The Naples salon of Kenneth Mackenzie, Earl of Seaforth, showing the young Mozart and his father at the harpsichord. Mackenzie was part of a cosmopolitan European circle who raised a regiment for George III to fight in India(© National Galleries of Scotland).

Beginning with the family’s origins, groundbreaking research conducted by Andrew in collaboration with his brother, Kevin, challenges the longstanding view initiated by the nineteenth century clan historians that the Mackenzies’ roots were essentially Celtic and should be ‘confined to their wild mountainous and picturesque country’. From an examination of a variety of early sources it is revealed that the family, on the contrary, originated as part of a highly cosmopolitan network of kinship (both Gaelic and Norman) that ruled Britain and France in the thirteenth century. McKenzie then proceeds to show how the family continued to identify in just such outward-looking terms right up until the nineteenth century. Only then did circumstances ultimately conspire to allow them to adopt a more parochial self-image.

It is then shown how the clan system was, far from being a leftover from the tribal dark ages, very much a product of the early modern world that went on to flourish in the eighteenth century. And, contrary to the impression most people have of the Highlands as a cultural backwater, the leading lights of the family can be shown to have been among the most advanced thinkers of their time, being major participants in the international movements of the Scientific Revolution and the Enlightenment.

In their political actions in the eighteenth century it is remarkable how clan solidarity ultimately overrode other considerations. Basing his account on several decades of family correspondence that has never been published, McKenzie tells the dramatic and moving story of their fortunes. The interest the Clan had in stability overrode ideological divides and by hedging their bets most families ensured that there was a strong contingency on the winning side. Thus by the end of the eighteenth century the family’s leaders were wholly integrated into the elite of the British state system and this course of commitment to a centralised Britain came to be shared by their kinsmen further down the social scale. Clannishness, in the form of family connections, invariably assisted migration to the industrial cities and towns as well as overseas. The building of great canals and railways in Britain, the surveying of the oceans and of India, and the exploration of Canada are among the pioneering achievements of this innovative and outward-looking family. The start of the nineteenth century was far from marking the end of a long period of decline. Indeed, it marked the true achievement of this family’s ambition. And yet another aspect of the family’s achievement – their participation in the Romantic Movement in the nineteenth century – resulted in the very different picture that persists today. It is this gloss that came to mask the reality of the important part such Highlanders shared in forging the modern world. This book powerfully refutes this misapprehension. 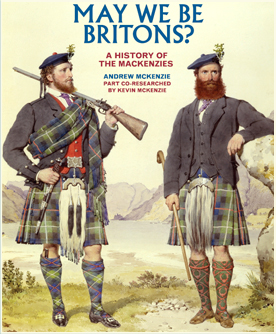